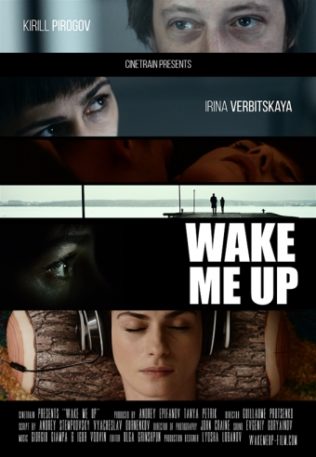 Moscow today, the young girl Zhenya (Irina Verbitskaya) works at passport control department in an airport. A year ago, her boyfriend, Andrey (Daniil Vorobyov), had to leave Russia suddenly and vanished abroad. Zhenia remains stuck in her unhappy life, unable to move forward. In this menacing and distressing state, she starts developing a strange ability for dark and prophetic dreams that gradually take her deeper and deeper into a violent criminal world in which she seems to have a significant role to play. Moving now between nightmares and reality, cruelty and her true love Zhenia believes she can trick destiny and get her life back.

Our team has managed to create an atmospheric, dark and fresh Russian film but with an international, European taste, a bridge between auteur and genre cinema.

We have aimed this at the art-mainstream audience while it tells a universal story of desperation, love, fate and the limits of the choices one can make.

Awards from the film

In 2016 Guillaume shot his debut feature movie – «Wake me up» which received a plenty of positive reviews by authoritative film critics and was awarded with a prize «The Best Music» at the International Film Festival «Kinotavr», a special prize at the Film festival «Stalker». Irina Verbitskaya was awarded as «Best actress (2017)» on the International Festival of the Russian Cinema in Marbella, Spain (MIRFF).

Vyacheslav Durnenkov is a playwright, the graphic artist. He lives and works in Togliatti, Russia. Vyacheslav is the author of more than 20 plays in collaboration with his brother Mikhail. His plays are published and translated into foreign languages; Moscow Art Theatre of Chekhov, Theater of Yermolova, stages plays. He took an active part in the international educational project «Class Act» for promoting dramatic art among teenagers. Winner of the awards «Golden Mask», «Characters», Texture festivals, «New drama». Now he works much for television.

John Crane grew up on the Isle of Man (Great Britain). Studied literature and philosophy at the York University. Then studied cinema at the London’s Cinema School. He works as an operator of the director shot short feature, documentary and television films in Great Britain and other countries. His first fiction feature film «Black Bird» was nominated for the national Scottish award BAFTA. John participated in the project «Kinopoezd: Russian winter» 2013.

Giorgio Giampa is a film composer from Italy. Movies with his participation were presented at film festivals in Toronto, Venice, Berlin, Locarno, San Sebastian and others. He worked on the Italian, German, Swedish, French, English, Austrian and other projects. He was nominated for the Italian Golden Globe and won The Best Soundtrack nomination at the 27th film festival in Salmona.

Igor Vdovin is a musician, the compositor, the founder (together with Sergey Shnurov) and the first soloist of group «Leningrad». He has been working successfully a lot as a DJ in Russian and European night clubs. Having been fond of electronic music, he recorded 5 albums together with the Messer Chups group, having in parallel released solo plates «Light music for millions» and Gamma. Writes music for cinema («Mermaid», Anna Melikyan’s «Star», «Garpastum» of Aleksei German, «Goddess: as I fell in love» with Renata Litvinova) and theatrical performances.

Alexey Lobanov graduated from the St. Petersburg Academy of theater majoring in the artist of puppet theater, then The Gerasimov Institute of Cinematography (VGIK) as a director of documentary films. Now he works in theater as the art director and the costume designer. Issued performances according to V. Durnenkov, M. Durnenkov’s plays, brothers Presnyakov, P. Lutsyk and Samoryadova in theaters of Moscow Art Theatre of Chekhov, Theatre of the Nations, Taganka Theatre, Alexandrinsky Theatre (St. Petersburg). He repeatedly nominated for the theatrical award «Golden Mask».

Valeria Ryskina graduated from the St. Petersburg Humanities University as a director of multimedia, further International school of Design, set of the designer, the costume designer in commercials, musical videos and film projects works in Fashion of the industry and film production as the stylist.

Bernadett Tusa-Ritter – the Hungarian independent director in creative documentaries and a fiction. She studied direction and installation at the University of theater and motion picture arts in Budapest. In 2013 it worked as the director in the project «Kinopoezd: Russian winter» (2013) also got an award at a festival of the documentary Vision du Reel. Bernadett is a member of the Hungarian film academy.